I had made little bundt shaped brownies earlier in the day and was craving ice cream. The problem was that it was late at night and all the stores close early. The solution… start up my ice cream maker I haven’t used in years. 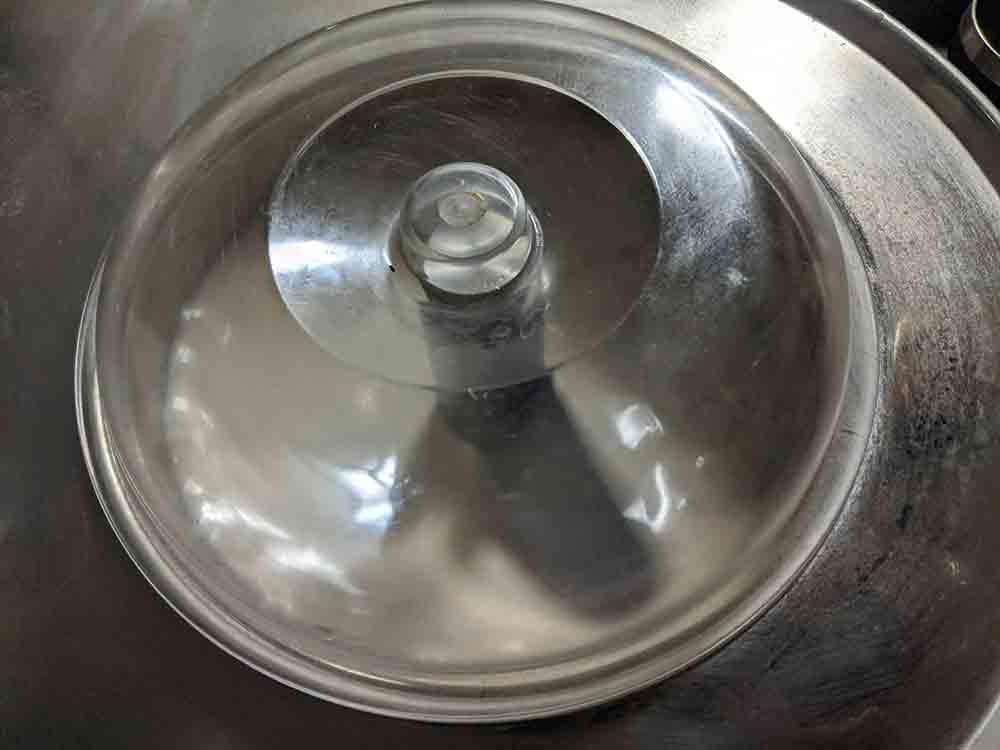 It took some time to find a recipe I could use. I have a dairy allergy and a nut allergy. I finally settled on a creamer based recipe as I still had oat milk creamer. I used honey because I ran out of white sugar. It turned out better than I had hoped.

I am not spending my days making just ice cream. I am still crafting. I took a multiple day hiatus for a while. With current events I was just not feeling it but Zoom calls help. 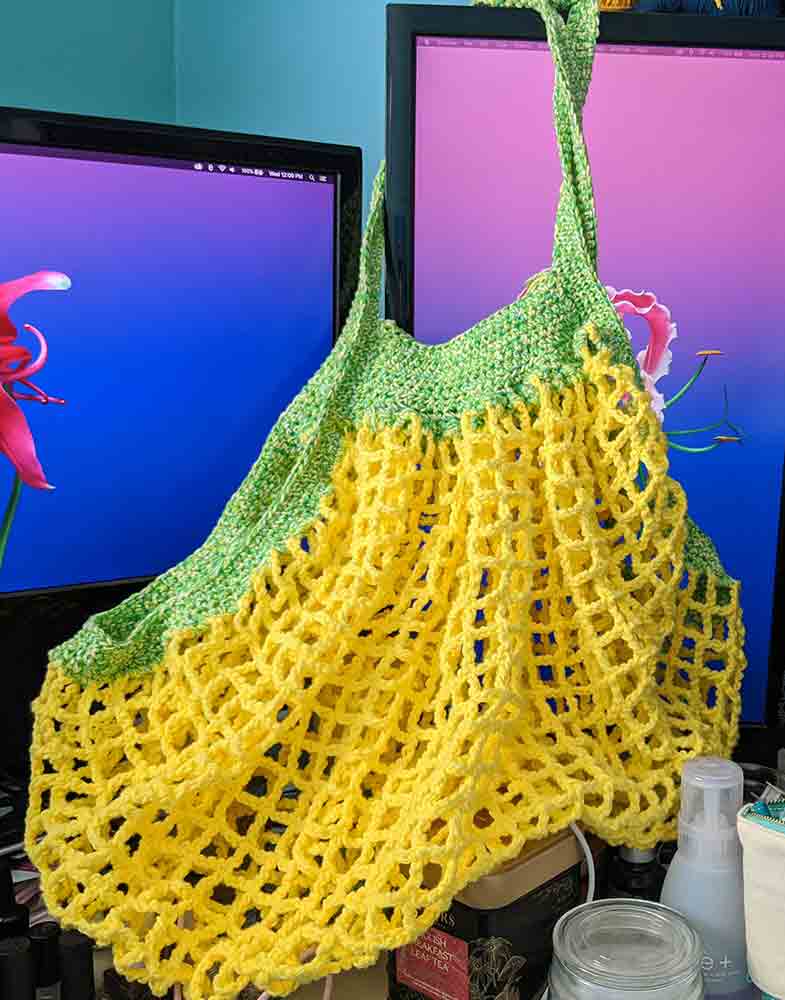 I’m thinking I am going to measure craft completion time in Zoom happy hours. It was nice having people comment on it and ask what it was, almost like crafting in public again. This market bag took around four Zoom happy hours. I won’t tell you how many drinks that is….